So one of our favorite duo is back after two years, Trouble Maker: Chemistry 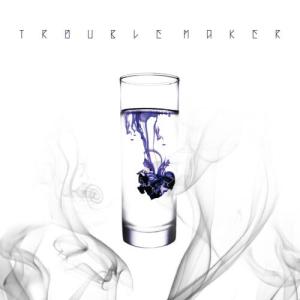 For those who doesn’t know Trouble Maker, they consist of Hyuna and Hyunseung from 4Minute and Beast. With their comeback they’re performing “There is No Tomorrow”, this is my own opinion and bias but I love Hyunseung voice!!! But I would like Hyuna to stop rapping… it doesn’t compliment her at all, but her singing does match well with Hyunseung’s.

This album is even more sexual than the last!!! But I guess it’s to compliment Hyuna’s appeal more than Hyunseung, obviously. There are five new songs in this mini album and I do like all of them, but because there were only three songs dedicated for both of them and they both also had a solo song, I won’t go into which were my favorites. (but it’s also because I can’t choose hehe)

The only thing that I could say that was to my pleasant surprise was that they got Flowsik from Aziatix to feature in Hyuna’s solo single “I Like”…. I just love Flowsik rapping….(voice….and Aziatia hehe)

For those who haven’t heard their debuting song…

But I think I’m liking “Turn up the Volume” more

(p.s. on a side note…. is it just me, or does Hyunseung do most of the singing?…. I’m fine with that actually hehe)