We’re getting closer and closer to the end of the road as we pick our final 2. In a nail biting semi-final, read on to find out who made it on top. 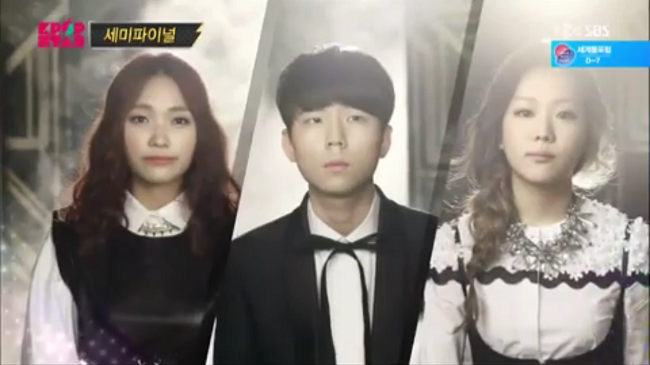 It’s Antenna Week  and Yoo Hee Yeol decides to do something completely different than the other judges. He invites himself over to their dorm and brings a “French” chef to cook for them. Once I heard the word French, I instantly knew that it was Jung Jae Hyung. I was right. He cooks a cream pasta for them and sous chef Jung Seung Hwan assists him by making a salad, which YHY claims is a bit salty, lol. All I have to say is that I love a man who can make me some food.

Back to the competition, Jung Seung Hwan is the first to go and sings a Kim Bum Soo song. It’s good but I definitely liked his performance from last week way better. JYP commented that when he sings, his voice comes out naturally and that he’s a very special singer. I second that. 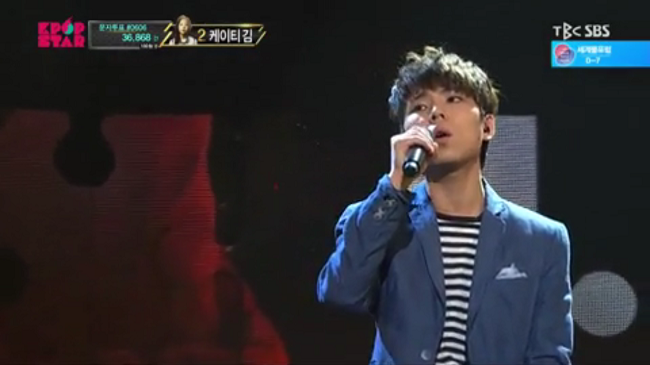 Next up is Katie Kim and she sings Amy Winehouse’s “Rehab”. I was super excited for her to sing this song because it has so much sass that her voice and stage presence has. JYP wondered though how she would change the song and she changed it to a more uppity, beat-y kind of song. In the beginning it was super sassy, in the middle it started to become this swing type of song, and then she brought it all together in the end. It was a little weird for me, but I like weird. Haha!

Lee Jin Ah sings g.o.d.’s “Road” (g.o.d. is a popular choice this year) and all the judges are surprised and wonder how she was going to sing this song. It’s a simple rendition with her playing the piano and a cello player. It was a really pretty performance, but once again I prefer her performance from last week.

While we wait for the results to be revealed, the finalists have a special stage performance with artists from each company. Katie Kim sings with Lee Hi and they do a soulful (or I guess double the soul) rendition of Pixie Lott’s “Mama Do”. Lee Jin Ah pairs up with last year’s semifinalist Kwon Jin Ah. YHY dubs them 2 Jin Ah and they do such a great job. I think they sing Lee Jin Ah’s original songs, but it made me miss Kwon Jin Ah’s pretty voice. When is going to officially debut?

And now lets enjoy Jung Seung Hwan being super embarrassed and adorable in the presence of Miss A’s Suzy.

They sing a JYP song, I think. I’m not really sure, I couldn’t catch it. Let me know if I’m wrong 🙂

Also, season 1’s Park Jimin has her solo debut stage for her song “Hopeless Love”. I’m actually really digging the song and the vibe of it. Though I wish she didn’t wear that dress, it just made it look like she was wearing a really big curtain.

Finally we come to the end of the episode and our resident artist Lee Jin Ah is eliminated. I think that she should sign with Antenna and be a duo with Kwon Jin Ah. Or at lease a side project, that would be hot!

Who do you think will win? Let me know 🙂

Thanks for reading, Q.