Our couple is stuck in Jiho’s cabin in the valley because it was raining. SiA is getting nervous and her thoughts are running wild. In mid thought of something might happen between her and Jiho she was caught in a funny and awkward position by Jiho.

It was an awkward silence before Jiho broke the ice saying that it was a waste that it was raining because he wanted to help SiA get some fresh air. But she reinsured him that she’s happy with them just being together. Which made him blush but asked her why she even likes him because he still doesn’t understand. But she blurted some things that makes her attracted to him like being mature, cool, kind and handsome.

SiA also told him that she’s not even sure why she likes him but the fact that she’s drawn to him and that he makes her feel comfortable but gives her butterflies in her stomach is why she likes him. Jiho admitted that SiA is special to him and that he wants to become closer to her and she gave him the ok. She told him that she wants them to become closer too.

That’s when the chapter left us with a cliff hanger! 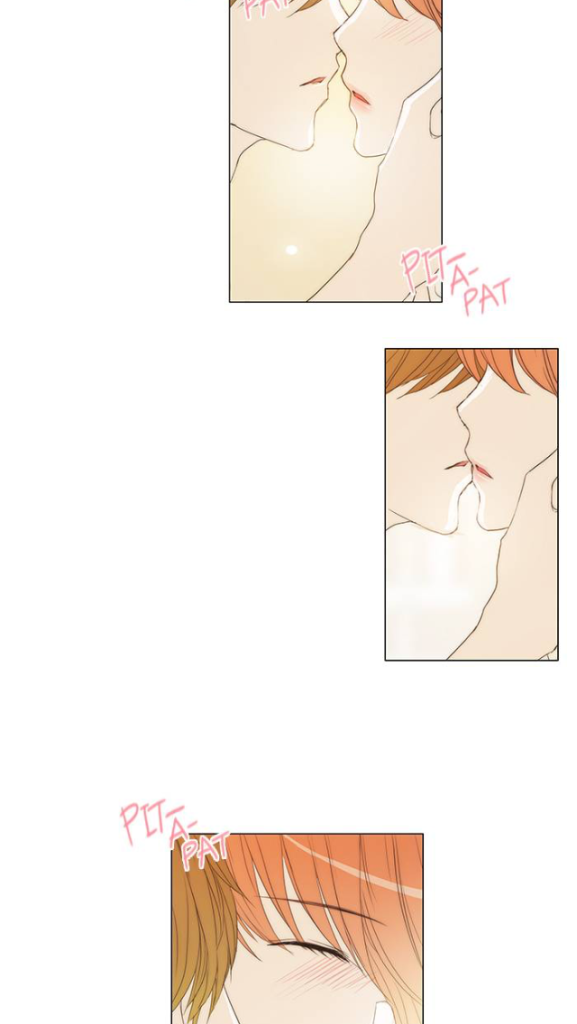 OMO OMO OMO~ Their lips are so close!!! 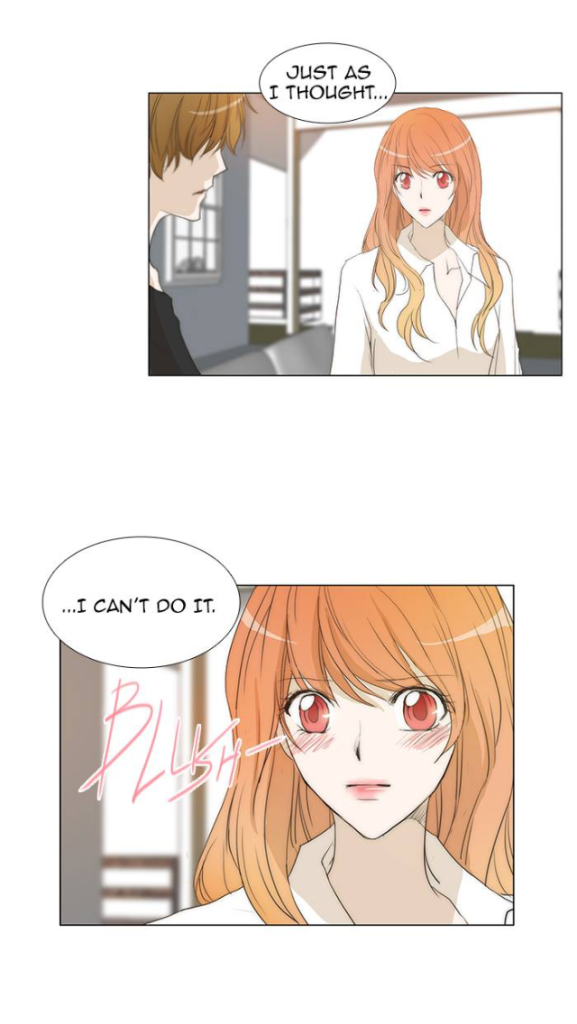 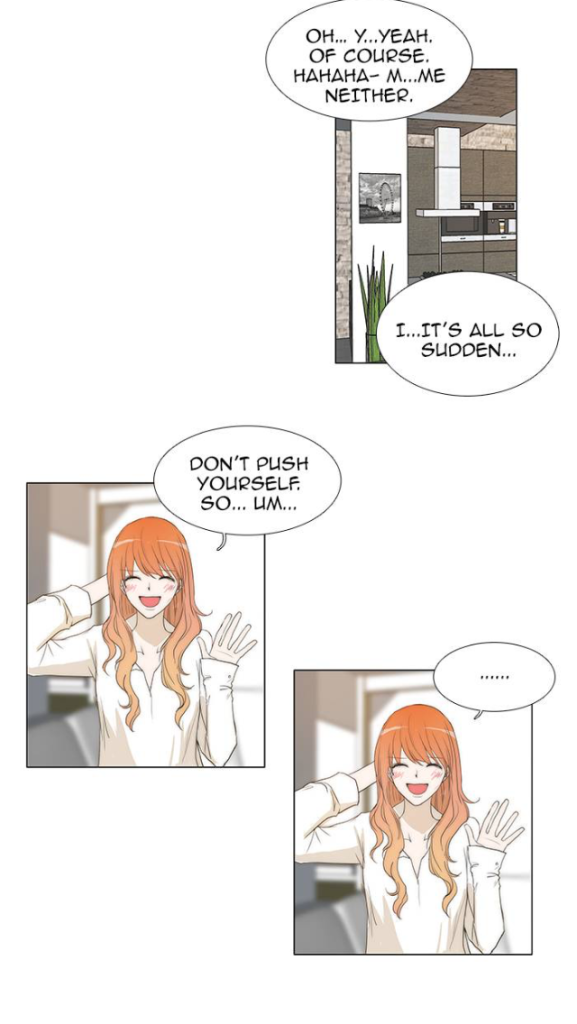 Lies!! You totally want it!! Keke! But dang~~ That’s harsh leaving her hanging like that after getting so close already. 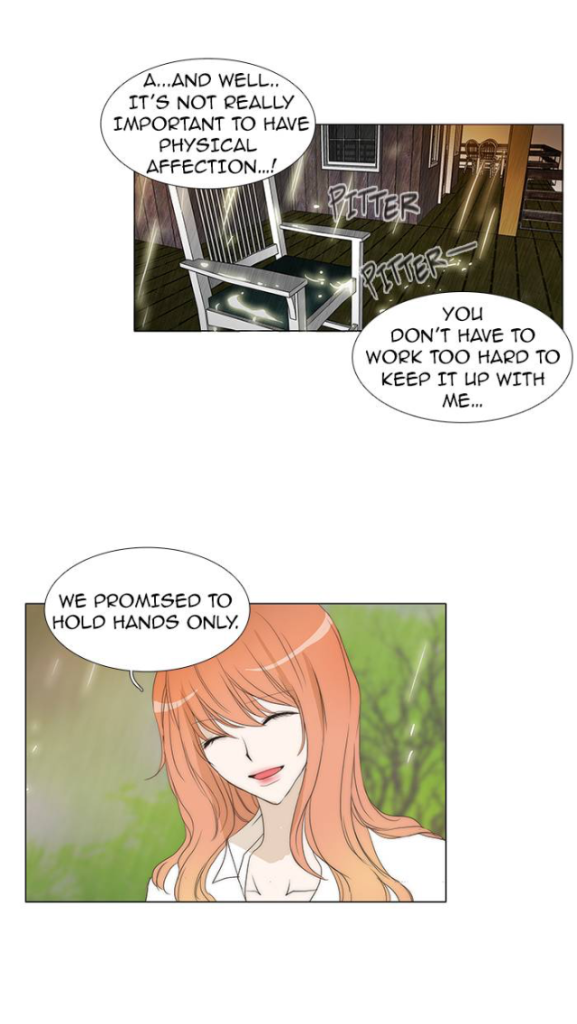 That’s such a sad thing to say~~ I can’t live with a relationship with just hand holding. Keke! 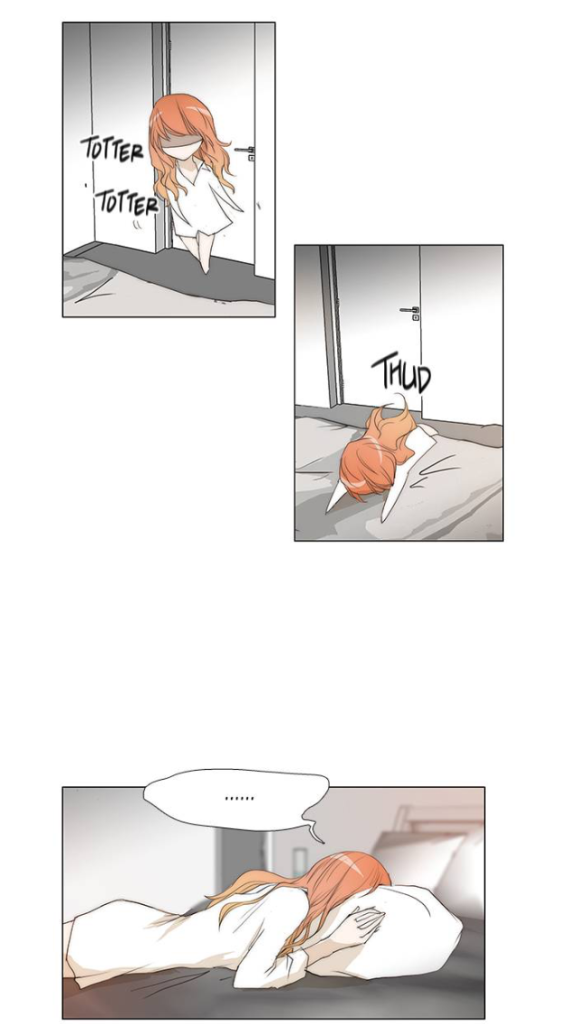 That’s my feelings exactly! That’s what everyone probably feels after so much has happen!! 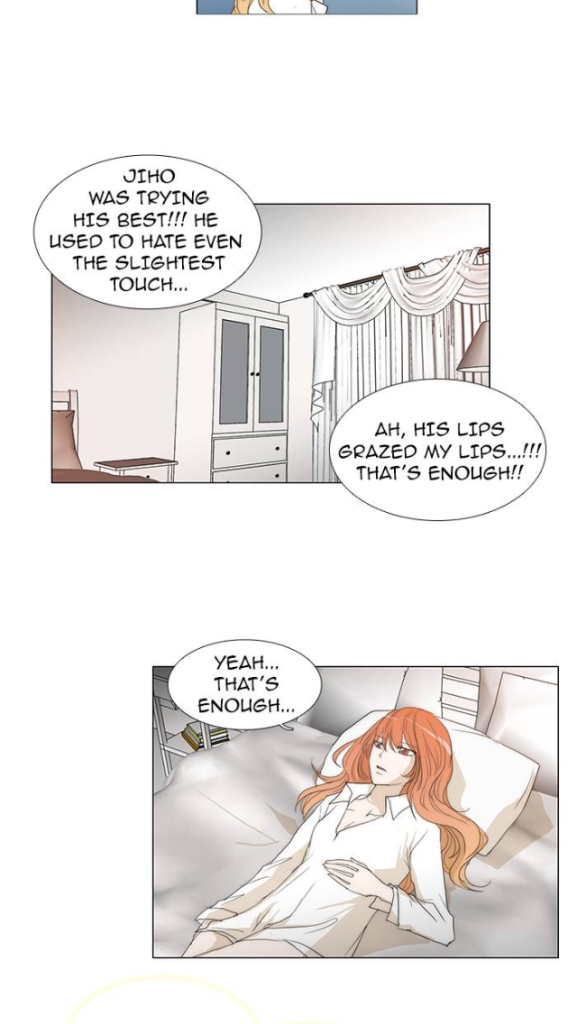 It is not enough!!! This couple… They take one step forward then two step back… 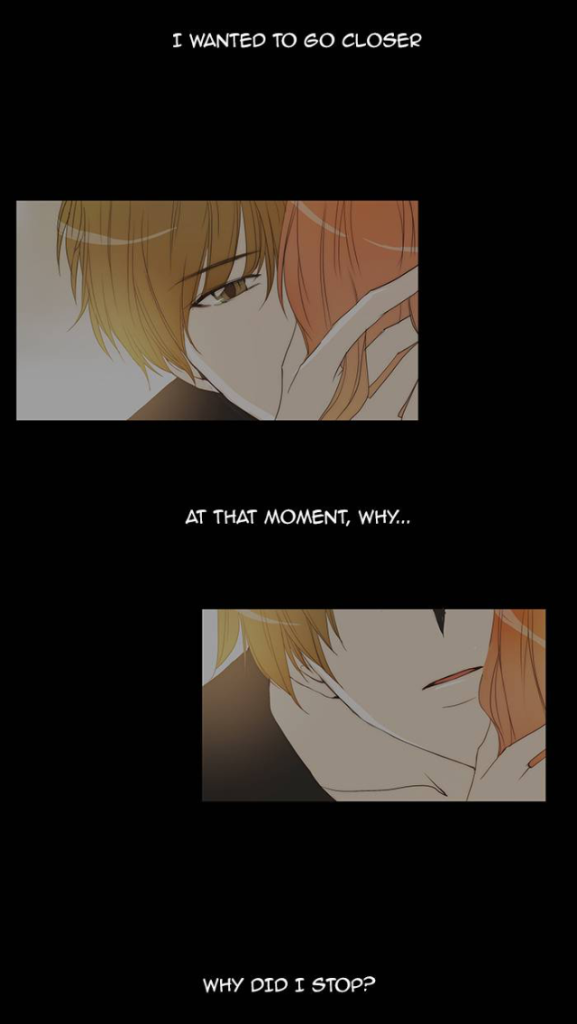 Very dissatisfied after that cliffhanger.

Come back next week to see what happens next.