Last time we left off with SiA dreaming about a chicken leg! She couldn’t catch it and when she finally did, it turned into a gigantic chicken leg and then a shiny and naked Jiho evolved out of it. With having a dream like that and her heart racing every time she’s with Jiho, she is now seeing him in a different light. She finally thinks of him as handsome instead of delicious. While SiA is acting like a high school girl with a crush, Jiho invited her out for a trip together before his book project.

Remembering what Baryu said, Jiho asked SiA want she wanted to do with him but because she became flustered by the question she said holding holds was good enough for her, missing her perfect chance. SiA met up with Baryu and before his comeback and he also invited her to go on a trip, which she ended up agreeing to go with both Jiho and Baryu now. He ended up lying to her when she asked if kissing gives them more energy because he didn’t want her to start kissing humans/Jiho. While heading back home she bumped into Jiho and then she realized and finally admits she’s in love with Jiho!

Remembering back on how she turned down past admires we saw how straightforward and awkward SiA was. And with her feelings pronounced every time she sees Jiho, he looks “Bombastic” to her, as good as vampires do. She was humiliated over just thinking about introducing Jiho as her lover to her friends to which she portrayed Jiho as a chicken leg. With this being her first love she can’t stop fantasizing about him, but also she can’t tell her sister, Moran, about her feelings.

SiA headed to Jiho’s place to tell him when she’s free for their trip, noticed that he had a guest over which is odd. Jiho trying to get better with his OCD was told by Moran that the reason his problem is worst than others was because he had very little contact with others. Knowing that, for his new book he invited his new editor to his place to help him interact with other people. SiA, seeing his new editor Mr. Choi, she instantly knew he was a vampire. And let me tell you, he really did look the part. SiA was afraid Mr. Choi would start hunting Jiho but instead of a normal hunt for energy she was thinking more of the perverted side of hunting. She confronted him about it and he told her Jiho was his type.

SiA met up with Baryu about the situation and he didn’t really see her problem and tries to figure out why SiA was so paranoid; was it because someone else was hunting her prey or was she afraid of her love being hunted. Heading back home she saw Jiho and Mr. Choi talking but then Mr. Choi was reaching out to touch Jiho. She panicked and interrupted them and shoved her whole body between them. Jiho told her that Mr. Choi is kind and that he gave him a bottle of detergent because he likes collecting them. Jiho told SiA that she is the reason why he’s working so hard to interact with others more. Hearing that SiA felt conflicted about it because she only wanted his OCD to get better for her situation but hates that he is becoming close to another person which is also a vampire.

Leaving us with SiA giving Jiho a back hug~ 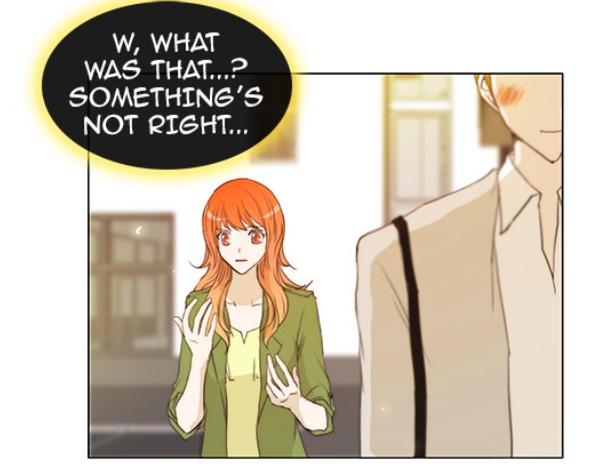 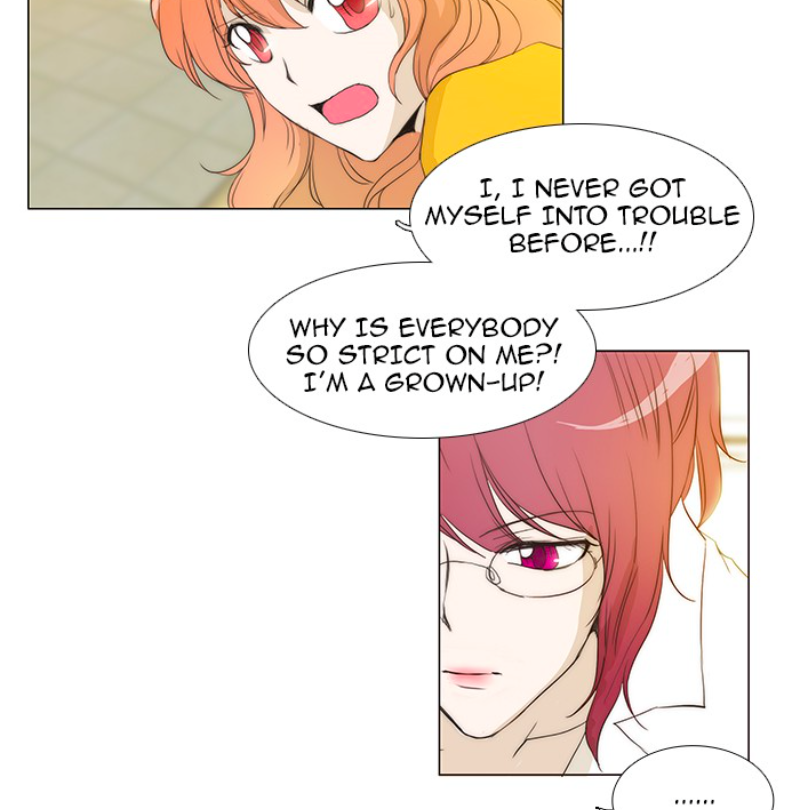 I’m very curious on when they’ll go in more details about what happened to SiA. Because it’s obvious something happened but everyone is on the hush hush about it. 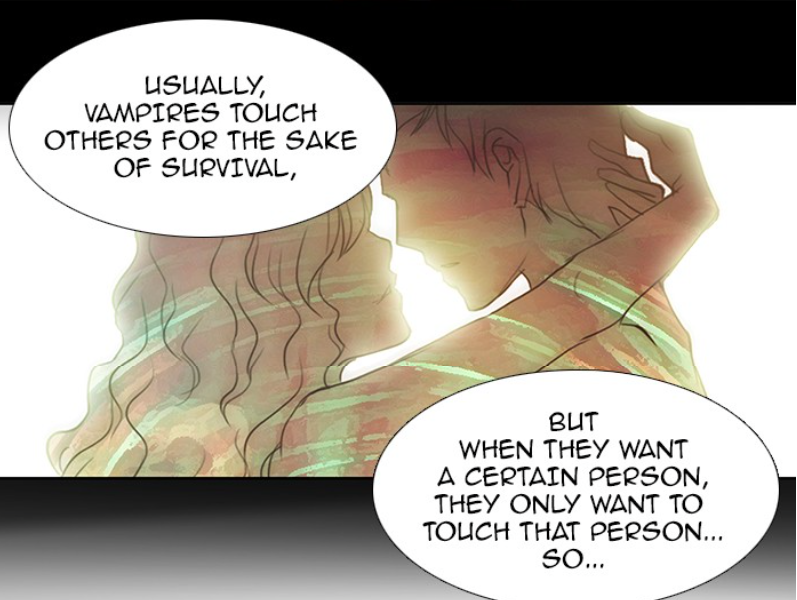 Isn’t SiA already there or passed that point? Because she already only has taste and eye and love now for Jiho. 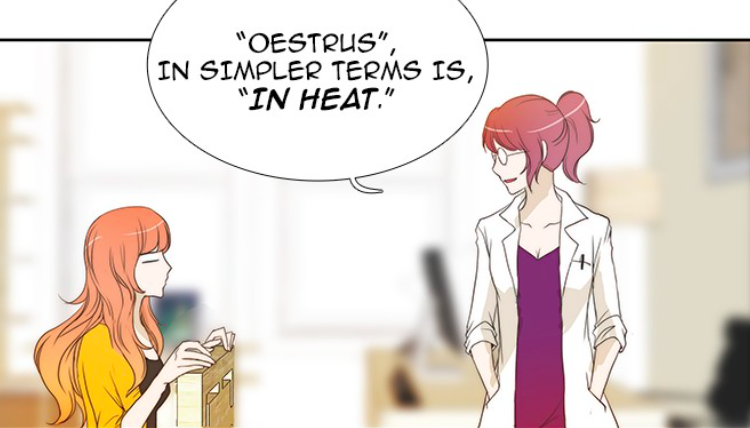 Is it just me or does Jiho find SiA in weird places and poses often?