Hi everyone! It’s second round time! I felt so many emotions during this episode. One moment I was really, really sad and the next I just wanted to kick someone’s butt for hurting my heart. Although, this has never really happened to me, I hope it does one day. I’ve always wanted to try and get revenge.

I’m going to spoil it a little of the episode for you guys right off the bat…we find out who Jingle Jingle Lark is, and it’s someone who’s been mentioned in a previous episode (great clue,eh? lol)

**Indicates English names are made by me

I have to admit this, I knew who they were before I watched the episode. Darn you Twitter! The whole time, I was trying to really see if I could point out the way they sang, if it was totally different from the way they originally sang. If that makes any sense. Lol. Anyways, they both performed really well. Pink Antenna gave me goosies everywhere. One guy on the panel noted that Whistle Face has a “good looking” voice so therefore Whistle Face has to be good looking. Yeah, totally makes sense to me, haha!

Whistle Face lost and it was unveiled to be Block B’s Tae Il. I have to hand it to BBC’s, they guessed it since the previous episode. Ji Sang Ryul guessed him after Yoon Il Sang whispered it to him. What’s even funnier is that he kept on getting his name wrong saying it was Tae I. Kim Gura kept on saying that it was the Tae Il from Digimon, lol. Zico’s name kept on being thrown around, which was a little sad since they kept on mentioning that he was the only member they knew in Block B. That’s why Tae Il appeared on the show, to show that he is a hard-working singer from Block B. Bless his heart. 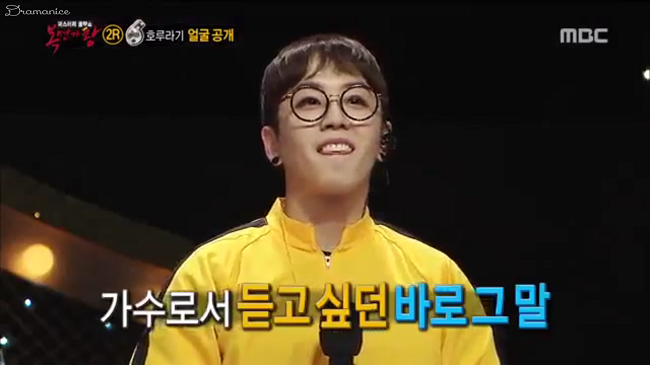 Cleopatra’s performance had me in tears. He sounded completely different from his opera performance. Hit me in the heart, man. I haven’t even been in a relationship before to really understand this song but, his voice just melted me into nothing. Literally nothing. Don’t believe me, just watch the performance. Blue Cat’s was good, just unfortunately not THAT good. It was fun, but my vote went to Cleopatra. 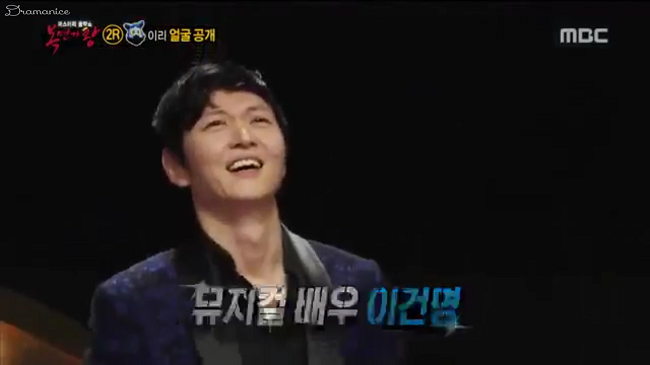 Blue Cat is musical actor Lee Gun Myung. Sorry guys, I don’t know much about him but he’s quite good looking for a guy with a daughter. Oh, he was in a musical with B2ST’s Dongwoon, who apparently is really bad at recognizing people. Lee Gun Myung was afraid that he would be able to guess him right away, but clearly he didn’t.

Round 3: **Pink Antenna vs. Cleopatra

Unfortunately, Pink Antenna lost and it turned out to be Ailee! Yay! I never thought that she would appear on the show because, for sure, people would know it was her. The whole time I had no idea it was, until I saw it on Twitter. Even then, her first performance of this episode didn’t really sound like her until the middle of the song. But then this last performance, I was like, “Yeah, definitely Ailee”. It had her swagger written all over it. 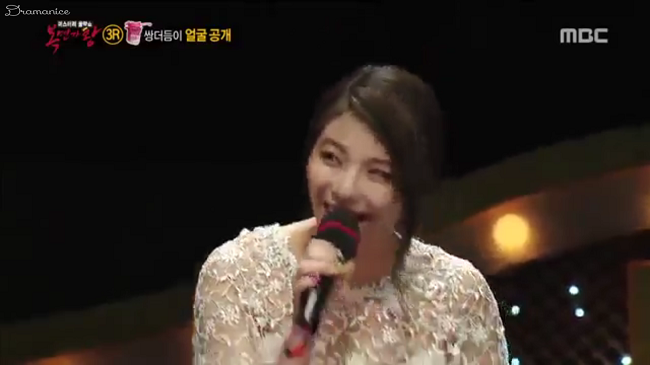 This was an interesting round. If you don’t know, Cleopatra now faces off Jingle Jingle Lark for the final victor to be crowned.

Cleopatra won by a lot and was crowned the new King of Masked Singer. Congrats! Well deserved. 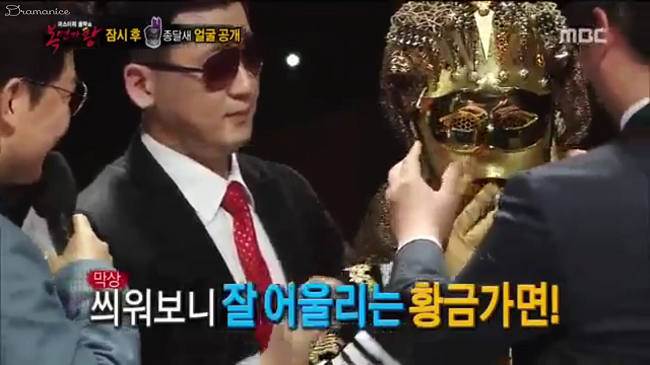 Jingle Jingle Lark was unveiled to be 90s singer Jinju. Nobody could really guess who she was, except for the old producer guy on the far right. He knew in an instant and was glad to see her return. Apparently, she was the one who sang the Korean version of “I Will Survive”. She mentioned how she went through a slump and now she’s ready to start doing music again and that this program gave her the confidence she needed. 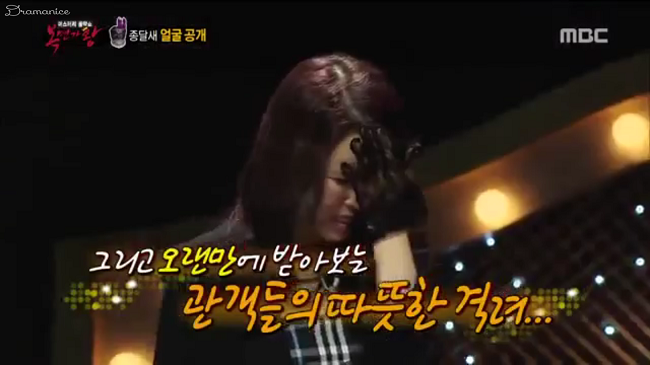 Awwww, don’t cry, you did a marvelous job!

Let me know which has been your favorite performance of the episode. Mine is Cleopatra’s version of the song “만약에 말야”. So good~!

Missed Episode 7? Check the recap here and watch this video too:

Leave a Reply to visit this site Cancel reply