We last left off finding out the name of Baryu and Sihwan’s groups and it’s “O’RNIJ”, which I still don’t understand. SiA came back home from Italy and got a call from Jiho freaking out about where she’s been and what happened to her phone. They ran into each other and he realized he wants her to be with him forever!

Baryu seeing the whole thing happen, wanted to ask SiA if she’s dating Jiho seriously. Which she replied that she was only dating him so she can eat his energy as much as she can. But Jiho, still a germaphobe, told SiA not to touch him because he’s not used to it.

After being told that, SiA started to act like a creep and touched him anyways which made Jiho uncomfortable and told her he doesn’t think a relationship really needs physical contact to work. But she still doesn’t give up, asks Baryu for advise on how to get guys to touch her, which he said to get wet and become naked. She did just that and went to Jiho’s place with just a baggy shirt and shorts with dripping hair, which didn’t effect him at all.

SiA’s last resort was to take her shirt off half way, then Jiho said he was trying to get to know her better through the magazines she’s been in while she hasn’t made any effort at all to get to know him. Seeing what she was doing he asked her to leave. SiA tried to stay, said she “hasn’t done anything yet” made him ask her what she was trying to do and if that was the only reason why she wanted to date him.

The next day SiA still felt offended, not understanding why Jiho was hurt, was being ignored by him. Her manager told her that in a relationship you have to be considerate of the other person’s feelings which she hasn’t been at all. She tried to go apologize to him but because she still didn’t understand why she was apologizing he got even more upset. He told her it’s been difficult for him to hangout or even talk to her but he still tries. But she doesn’t try to do anything for him which made him tell her that he was probably easy for her.

What? Do couples kiss just because they’re bored and have nothing else to do with their lives?!?!?! Urg, I’ve been single for way too long.

That’s me in public places when I’m alone. Surrounded by couples and ready to kill them all. Keke. 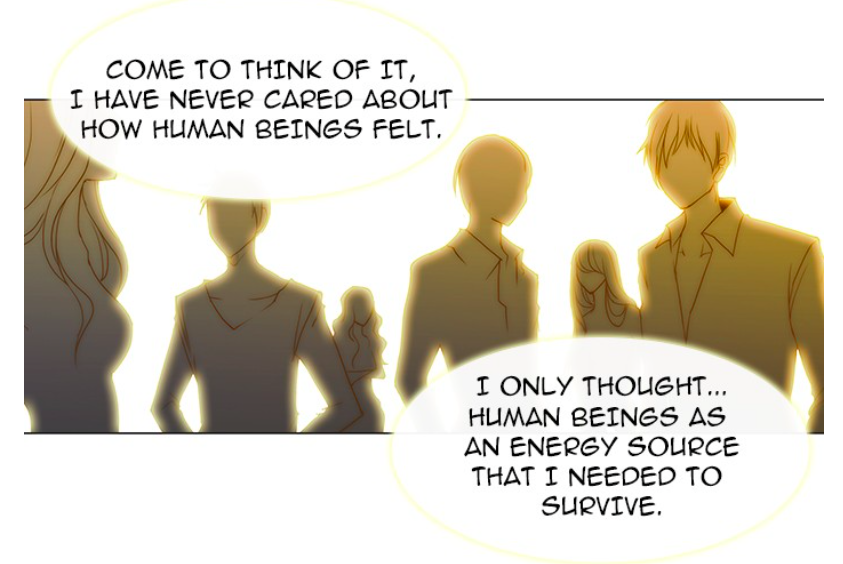 So you never had common sense or compassion?

I love how late this realization is. And the fact that the kitty bobble head is responding to her!! (Please only have yes/no questions or comments.)

Oh god, yes please. They’re frustrating me for being together. (She doesn’t treasure him enough for my approval!) 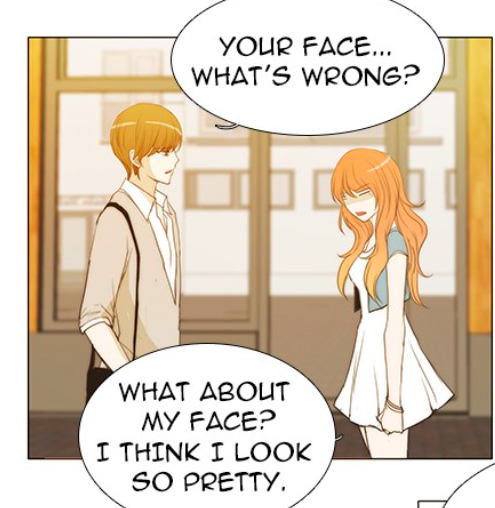 Who needs actual brains and beauty when you have confidence to blow people away. Keke.

The only reason why he’ll ever touch anything or anyone. I love it!! Hey, he’s trying at least. 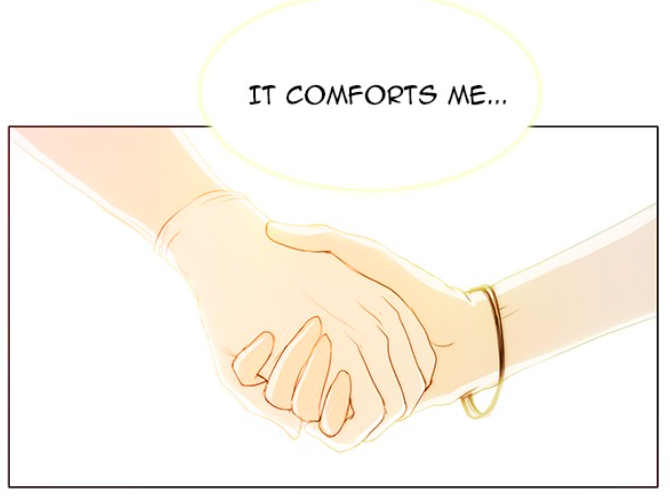 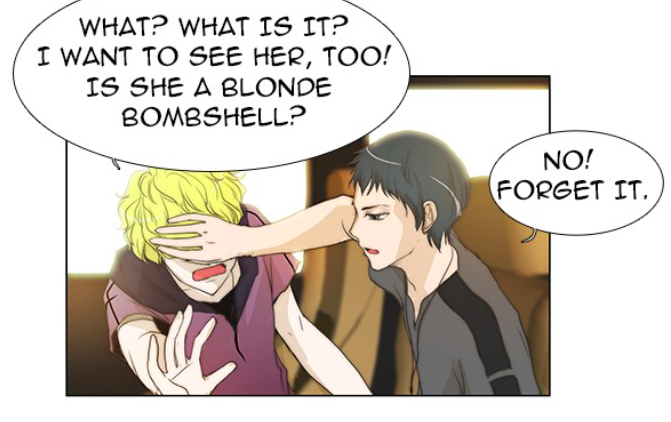 Awe, Sihwan is such a good friend… Why does Baryu want to see when all he has in his mind and heart is SiA? 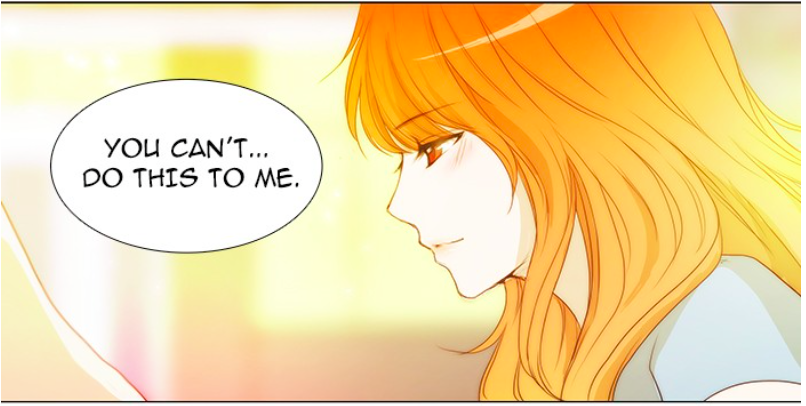 That is because she is sucking your soul out of your body!! SiA’s face though…

There she goes again, underestimating her situation. I don’t think it’ll be a couple of days. Habits are called a habit for a reason. 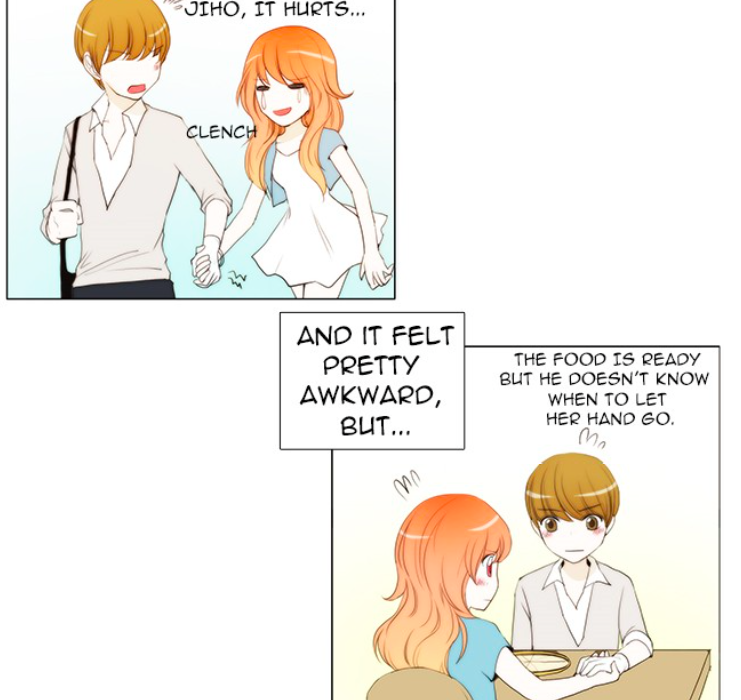 He is so cute and awkward!! I think I’m more into awkward guys than extremely confident/cocky guys. But not too awkward. Keke. 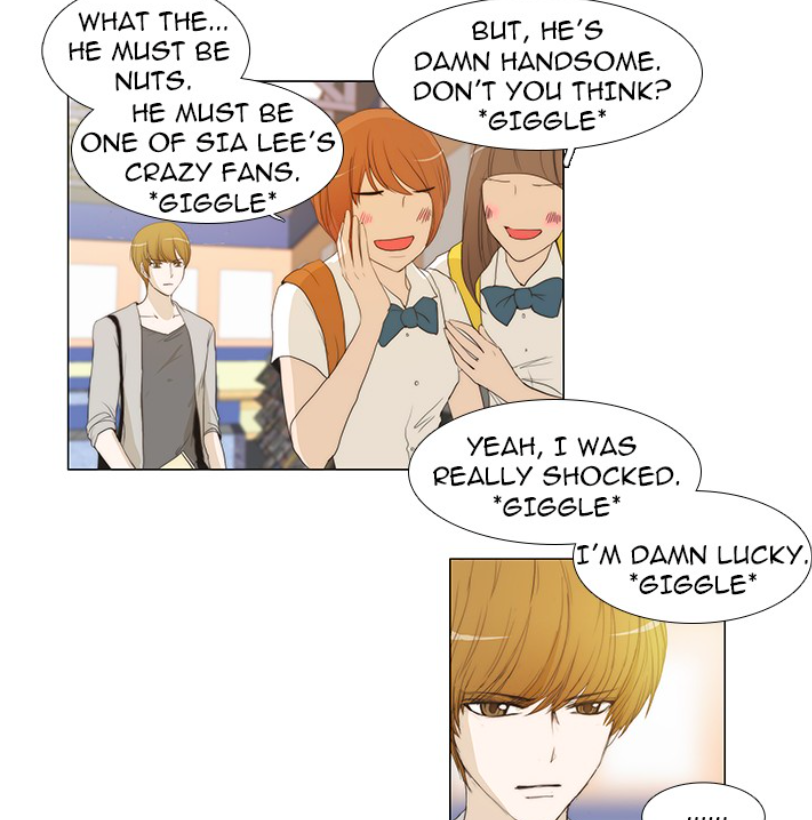 Excuse me? How are you lucky? Because a hot guy talked to you? But he just called you ugly…

What a coincidence SiA likes “chicken” too! Keke. 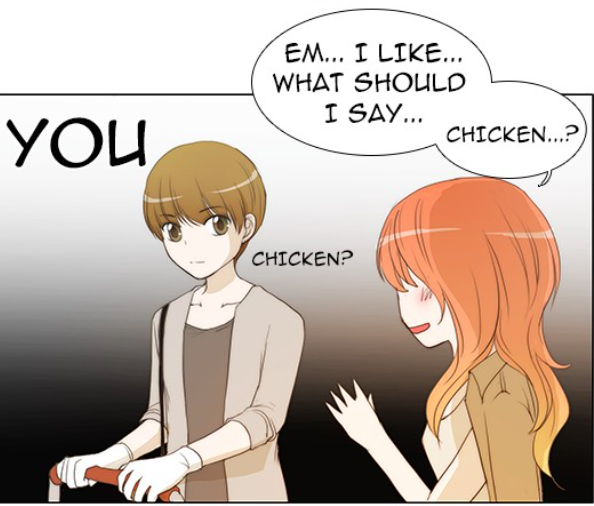 She’s still doing the pose when she’s in front of him!! She really doesn’t hold back. 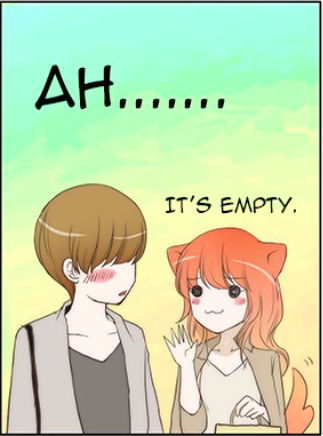 Too cute~~ Every chance she gets. 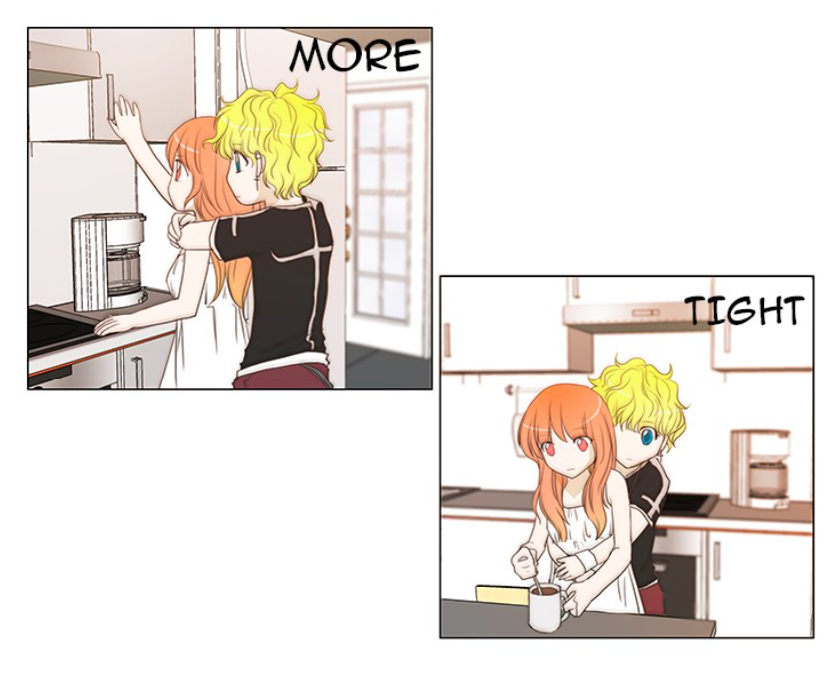 What is he doing!! And why is SiA acting like it’s normal!! Hello~ You have a bf now!!

Three girlfriends?? Uh Baryu, girls don’t like players no matter how famous they are. I know I don’t.

Baryu is so conniving, manipulative and cunning. SiA is definitely easy for him to play with.

And she still doesn’t get it. Keke. Awe~ He’s jealous! Which is very understandable and expected in this situation. In this situation you either tell her about how you’re feeling about Baryu and her or play the game. Make her jealous back. But knowing Jiho, he probably won’t do that either.

He didn’t even use it!!! That’s a first though, isn’t the cliche line “borrowing some sugar?”

I feel so sorry for Jiho. It’s both of their first time dating a person but damn she’s too clueless. 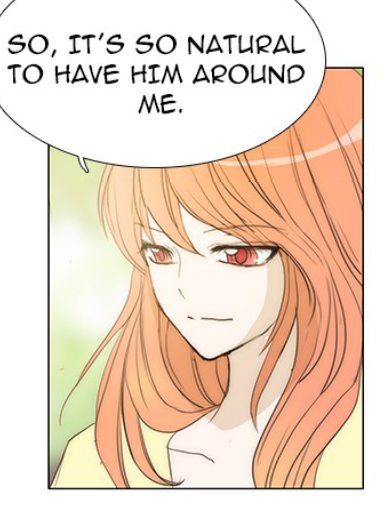 How can he complain after that statement?!!! Poor Jiho~~ 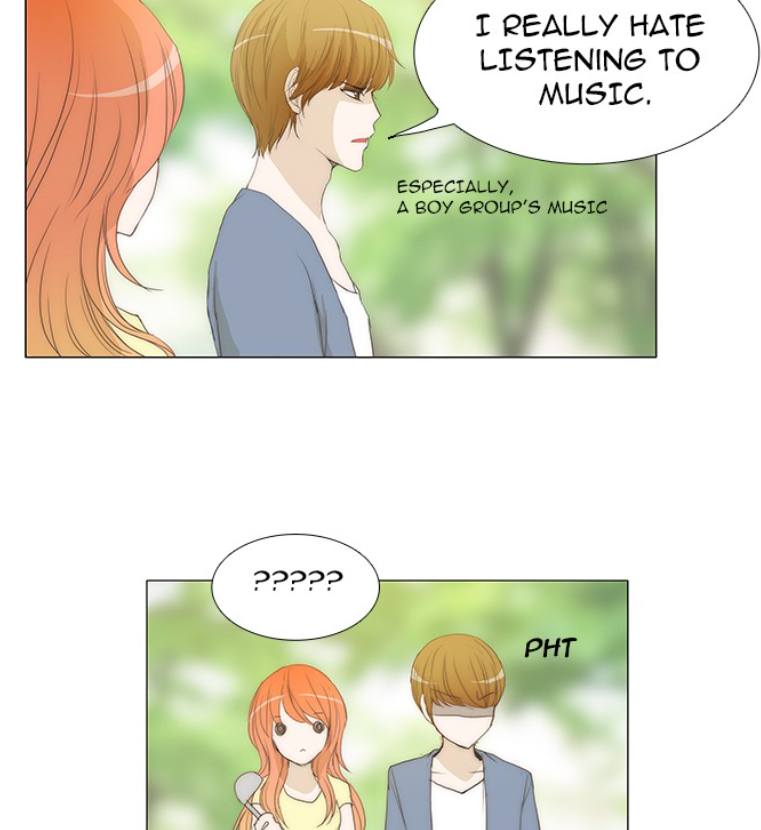 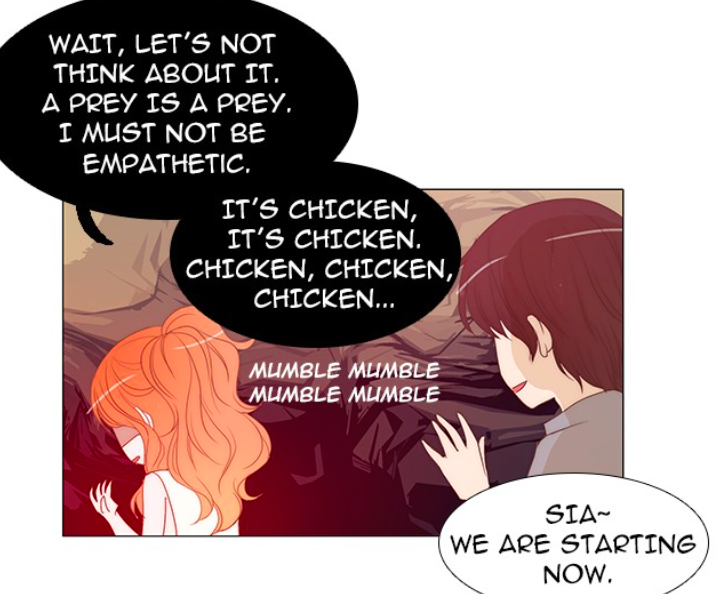 And she was making such progress too with thinking of him as a person. The struggles they’re facing already and this is supposed to be the honeymoon phase! 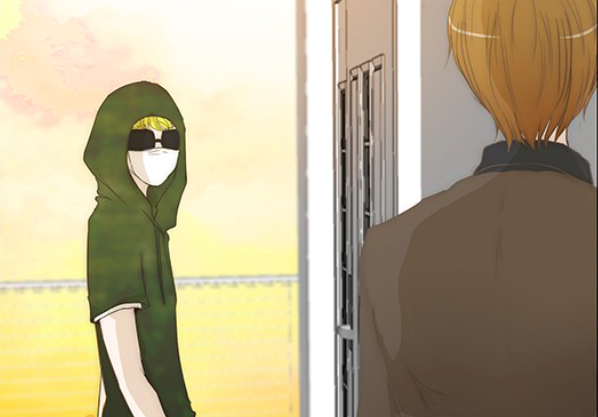 Baryu is such a creeper. 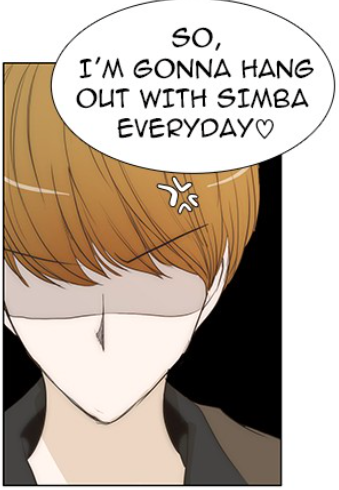 He is so good and trapping people. And getting info that he wants to know and hear!!

They just started dating!! And before that they weren’t really what you can say getting along. Actually why are they dating again? And what kind of bf wants to know his gf favorite color underwear?!!!

Does he just randomly carry around her pics?!!! Or was this time on purpose? Keke.

Jiho, you really are easy~~ Sigh**

I’m dead. Baryu is just too much.

It’s sad but you really are Jiho. And Baryu, you evil little monkey. 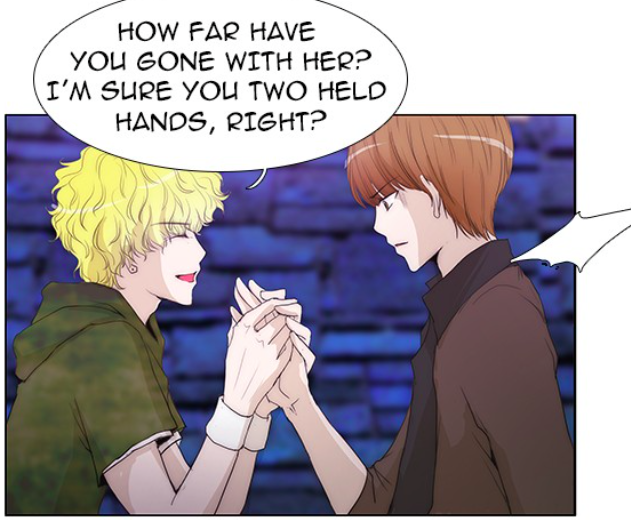 You tell him!!! Finally standing up for yourself and put him in his place!! 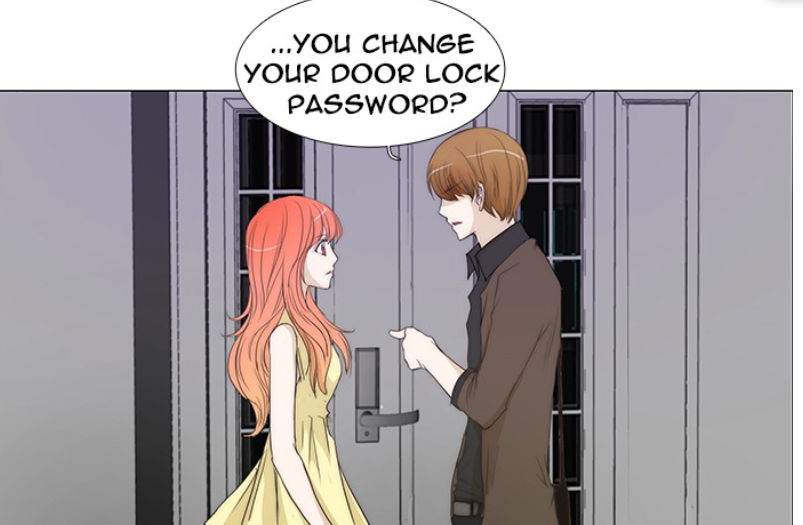 Shouldn’t that be a command instead of a question? I want him to be more of a man but not really tattling on Baryu but hinting about what he has been doing so far. She’s already clueless and if you let Baryu do what he’s doing then it’ll never stops.

So, we’ll end it here for this week. I hope you enjoyed watching their progress with me because I sure have.

Come back next week to see what Baryu is up to next and how much progress this stupid couple will progress.