Whew! It’s getting harder and harder each week to pick who’s going to move on further in the competition. This episode is not an exception with some awesome performances and a surprising ending.

Read on to find out what happens

It’s YG week. For those of you guys who aren’t familiar with the format, each week starting from now is going to be a judges week. The top 6 get to practice and get special visits from YG artists during this week. They also get a BBQ party, which JYP commented that YG copied him from last year. Lol. It’s also the week where the judges start to give scores.

First to perform is Lee Jin Ah and she finally does a song other than her own (I think she’s done it once before). She sings Yoo Je Ha’s “내마음에 비친 네모습” (sorry guys, I have no idea what this song means). It was a really pretty performance. It was pretty and jazzy. It’s not exactly my cup of tea, but I would definitely listen to this song while drinking some bubble tea. 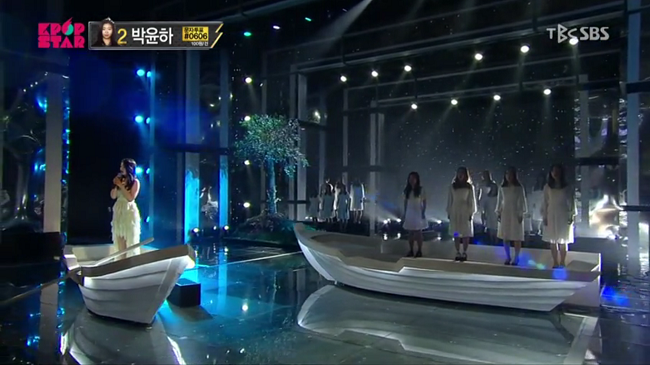 Up next is Park Yoon Ha, who sings a song that I have no idea who the singer is or what kind of song it is. Nevertheless, she sang it super pretty like. When she hit the chorus and the little choir came out, I was just amazed by how pretty everything was. The judges commented that while Lee Jin Ah sang with her head more than her heart, Yoon Ha was the opposite where she sang with her heart more than her head.

Our resident cutie, Lily M, sang Keysia Cole’s “Love”. I love that song and it’s a favorite of JYP’s and YG’s as well. I’m not going to lie, I really wanted Esther Kim to sing this song. I feel like this song is much more suited for her, but Lily did justice to it. She’s still really young so I feel like she doesn’t have as much power in her voice like the older girls do. I think that’s the only thing missing from her.

My ears and heart were ready for Katie Kim to sing and, boy, did she deliver. She sang “One Candle” by g.o.d. She was so good! When she sang the rap part in the beginning, I was like “Oh sh*t, she means business”. Everything was so super good. Definitely THE performance of the night.

On a side note, Katie Kim got to meet Sean from Jinusean and it was adorable. She’s such a fan girl, even following him on Twitter. He even promised that if she made it to the final, he would be there to cheer her on.

The only guy left in the competition, Jung Seung Hwan, went back to his comfort zone and sang Bobby Kim’s “사랑…그놈”. And it was Jung Seung Hwan. Exactly what you would expect from him, nothing less, nothing more. The best part though was when he met Akdong Musicians again and they all just seemed like BFF’s. No joke, it’s adorable. 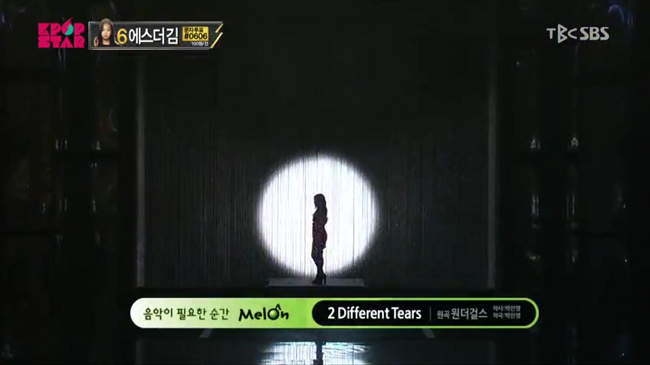 Last but not least was Esther Kim, who sang a surprising song choice Wonder Girls’ “2 Different Tears”. It pains me to say this, but it was just okay. The beginning part was good and then towards the middle she went down a little but then she picked it back up a tiny bit near the end.

In a shocking ending, Esther Kim and Park Yoon Ha were eliminated. And my prediction goes down the drain. I really thought Park Yoon Ha was going to make it. Now I have no idea who’s going to  make it to the final (except for Katie Kim). I guess the two that I really want to see the most in the final is Katie Kim and Jung Seung Hwan. 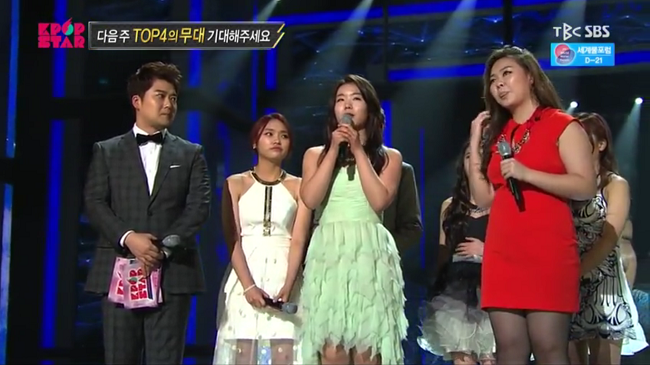 Thanks for reading! Let me know what you thought about the episode.