Hey! So these are going to be, I guess semi recaps of YG’s new reality show WIN: Who is next?  Actually, it’s more like pictures and my commentary, but it should be fun! YAAAAY!!

For those of you guys who don’t know, WIN: Who is next? is YG’s new way of choosing who to debut next.  The premise of the show is that Team A and Team B will compete and it’s up to the audience to decide  who is the WINNER.  The winner of the survival program will be named Winner.  Creative, huh? 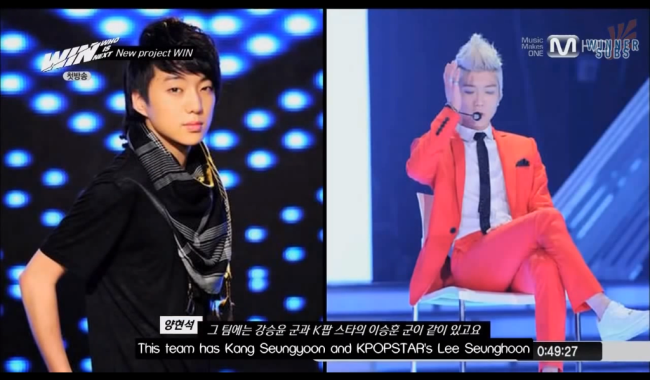 I wish I could remember his name, but I can’t.  It’ll come with time, I promise! Girl Scout’s Honor! *three fingers up…or is it two*

Sidenote:  Look at B.I. looking all boss-like. Haha.  I’m surprised netizens haven’t called him out on being “rude”.

Team A is a little worried about our 2Seung couple.  And Igotta say, I don’t blame them.

Public recognition is a great asset, but I also think that Team B’s greatest asset is that many people don’t know much about them

I’ll let the subs speak for the picture.  The coodi noona kind of looks like she’s part of the team LOL! 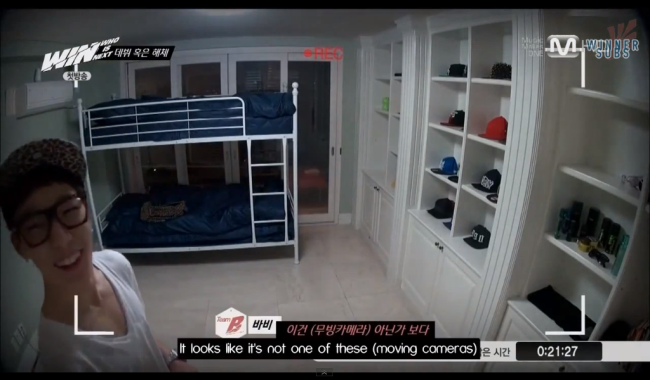 Let’s all give Bobby some love for his dorky awesomeness!! 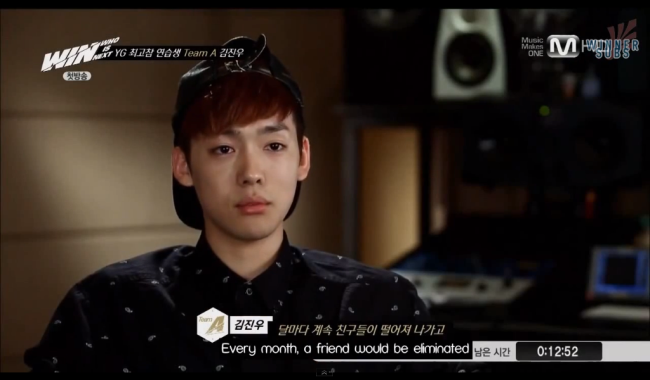 You guys should have seen him when they visited Seung-Yoon for his debut stage.  He looked like a sad puppy ㅠㅠ.  I think it’s the scariest feeling to know that you’re the last one left and that this could be your last chance because you’ve run out of so many chances. 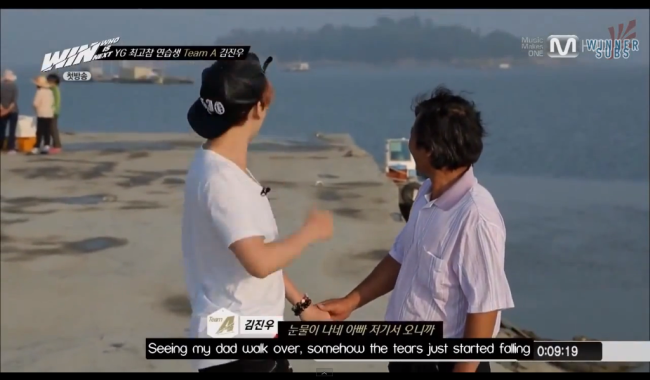 I’m a sucker for sensitive guys.

Who will be the WINNER?

So since this is the first episode, there isn’t really much to say about it.  It was a good introduction.  It’s hard to tell who’s the better team; but for some reason my heart is going towards Team A.  I feel like I root for the underdog, even though they have 2Seung couple, it feels like they have the most to improve on.  Because they have the 2Seung couple, that people expect more from them. But I personally like a team who has room to grow.  Right now Team B looks too perfect to me…

But it’s still too early to tell.

Sidenote: Does anybody else think that Bobby looks like a mix of B.A.P.’s Himchan and Jay Park?