Yay! It’s finally time for live broadcasts, and I gotta say that this is probably one of the toughest Top 8 in the history of K-Pop Star. 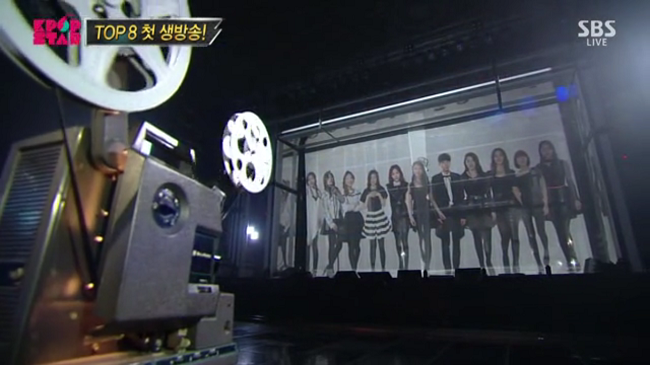 Of course  the episode starts of with the mandatory, “yes, we’re treating our contestants the way entertainment companies are supposed to treat their artists”, doctor office visits and image consultants. It was adorable watching Jung Seung Hwan squirm a little while getting his blood drawn. We also get to see their fresh new crib, equipped with a super fancy bathtub and product placement drinks (so much product placement). But what really gets my attention (and everyone else’s) is the big calendar with schedules on every single day.

We finally get to the competition part, where they choose who they’re going to face in the 1 vs. 1 battle. Whoever “loses” in the battle is a nominee for elimination. Votes and judges choice will determine who stays. 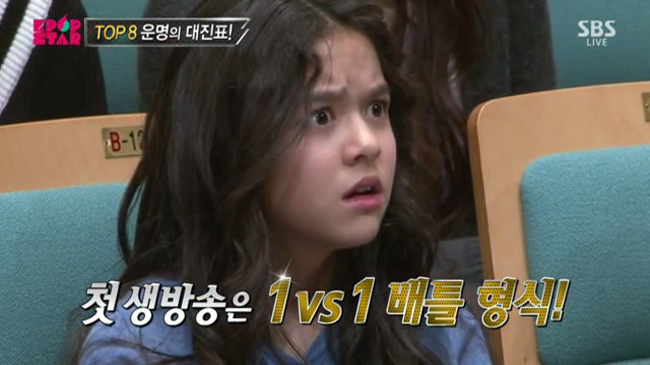 Round 1: Esther Kim vs. Lily M 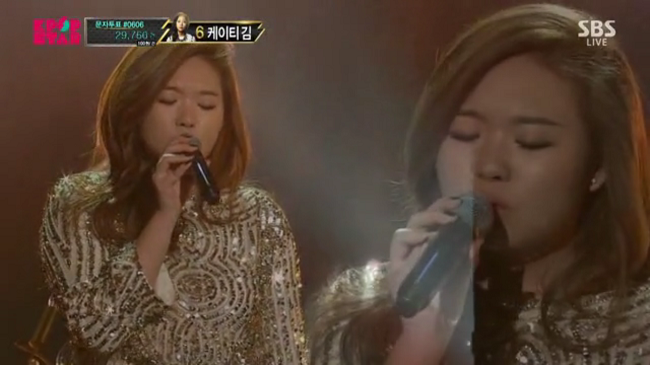 Esther Kim starts the live broadcasts with singing Sam Smith’s “Lay me Down”. She got a pleasant surprise when she was shown a video of Sam Smith watching one of her performances, which is one of my favorites, and praising it. Pressure’s on and she performs well. I thought there were a few slip ups here and there but nothing too major. 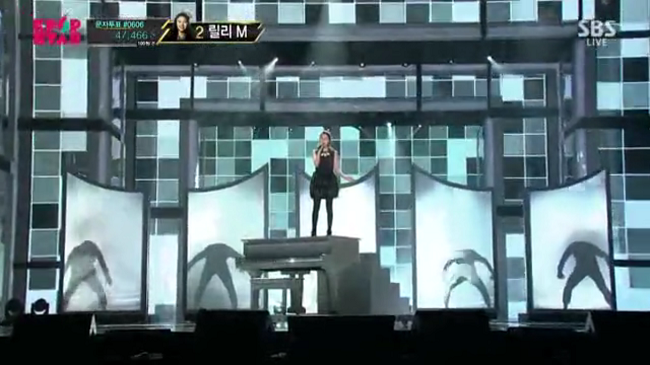 Lily M. sings Bruno Mars’ “Grenade”. The judges commented that the one thing that she was missing was power. I have to agree. When it came time for the chorus, I was ready for an explosion but all I got was a small sparkler. Maybe she should sing “Firework” by Katy Perry next time…or did she already?

Esther wins the round with votes from JYP and YHY. 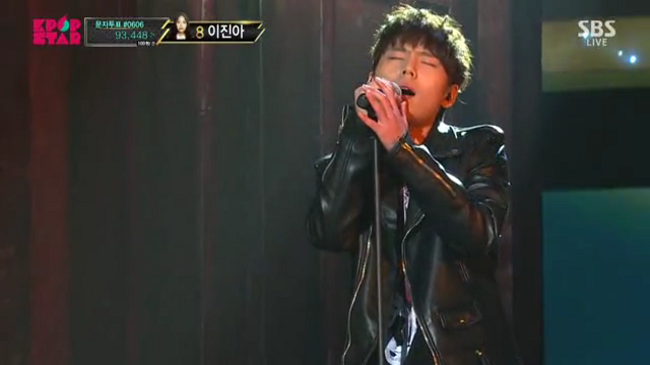 So Jung Seung Hwan decided to change things up and chose Lee Juck’s “하늘를 달리다”, which is an upbeat song. He was good and he sang it well. Yoo Hee Yeol was worried it would be awkward and it was. I feel like all he had to do was smile more and really enjoy the stage. Go crazy. Run around. Rock out with the mic stand. Anything really. 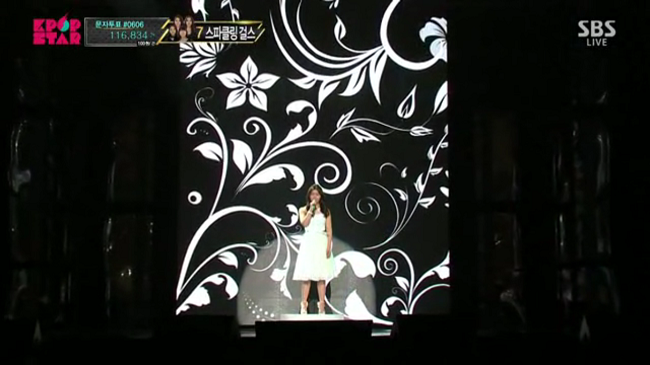 Park Yoon Ha’s performance was overall pretty, like really pretty. She sang Brian McKnight’s “One Last Cry” and she rocked it. It was clear that she won this one. And she also showed a different side by singing an R&B song and showed off more of her singing techniques, as commented by the judges.

Yoon Ha won with votes from all the judges.

Round 3: Katie Kim vs. Grace Shin 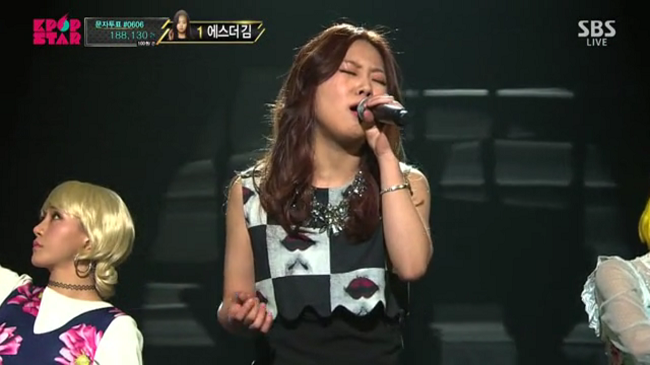 Katie Kim was so good last round (watch the performance here), I had no idea how she was going to conquer her performance this year. It was good, but it wasn’t as good as last week’s. She sang another dance song (I don’t remember what it was, sorry guys) and changed it to her style. I think what really threw me off was the backup dancers. 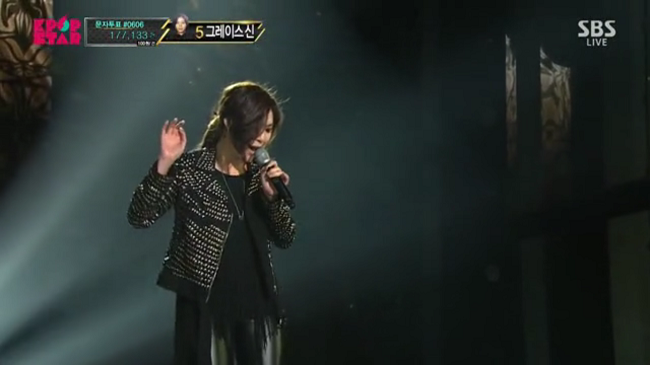 I think I have a love-hate relationship with Grace Shin. Or maybe with the judges. In the last round, I didn’t like her performance at all, but the judges loved it. This week she sang Taeyang’s “Only Look at me” and I really liked it, but the judges weren’t really feeling it. If you didn’t notice, her backup dancer is one of the new member of Monsta X (sorry guys, I don’t know his name yet, just the face).

Katie Kim got all the love from the judges and moves on to the top 6. 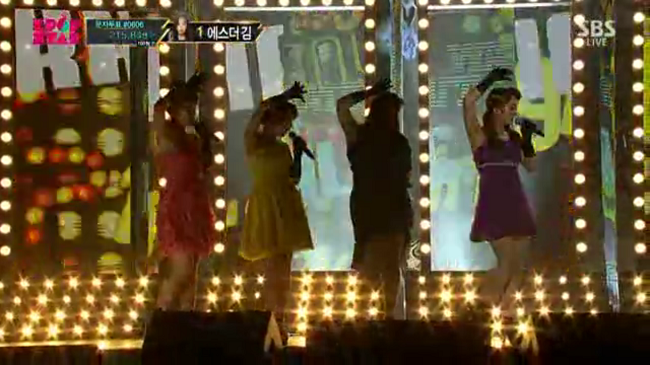 Sparkling Girls were sooooo good this round. They sang Brown Eyed Girls “Candy Man” and I loved it. They were sassy and they sang really well. The only thing I didn’t like was their outfit. And what the judges had to say, I felt like they were throwing some polite shade at them. Yoo Hee Yeol’s commentary wasn’t even about the performance but about how they should really cherish their time there. Like shady much (and super bias). 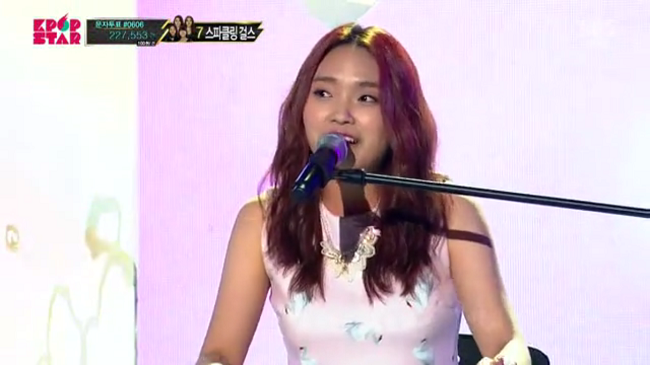 Lee Jin Ah did what Lee Jin Ah does best, sing her own songs. She sang a song called “Cheerleader Song” and if you want my honest opinion, it sounded like every other song she wrote. It wasn’t bad, but I’m just waiting for something new from her. The judges did point out that hear weak point was her vocals.

What did I think about the episode?

Noooooo, not Sparkling Girls. They were one of my favorites. I don’t want to call out the judges (but I kind of do), but they are so hard on groups. I’m pretty sure it’s because 2/3 of the judges produces idol groups but come on guys, give these girls some more love. Anyways, I just want to call it now, I think that the final is going to be Katie Kim and Park Yoon Ha.

Oh, one more thing. I need to call out the K-Pop Star YouTube channel. Upload the performances please!

What did you guys think about the episode? Let us know!